This month I have delivered training to Foster carers and staff at our Yorkshire Support groups on Live Streaming and I thought it would be helpful to share a summary of this training in my blog. 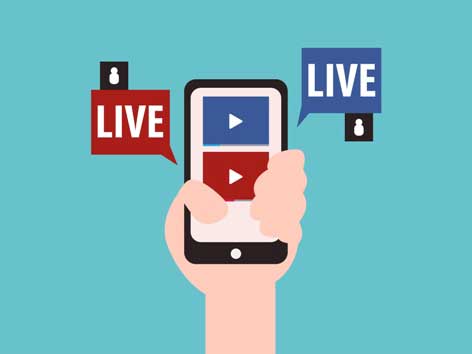 So what is live streaming……?

Live streaming is a video broadcast live, in real time, from a mobile device – such as a phone or tablet. It can be either watching others who are live streaming or going live yourself.

Live Streaming apps have been around for a while – but 2016 saw a massive increase in young people live streaming, following the launch of YouTube Live, Facebook Live and Live video on Instagram. Other apps such as Musical.ly and Live.ly (a spin off from Musical.ly) became popular with a younger audience, and Musical.ly is now seen by some children as the preferred form of entertainment for a sleepover.  Live streaming has also been embraced by gamers and sharing their game play in real time is increasingly popular.

In 2017, research undertaken by Childnet on Young People’s experiences of live streaming (http://www.childnet.com/blog/over-1-in-10-young-people-have-gone-live) found that YouTube is the most popular service for watching others live stream, with 44% of 8-17 year olds using this. Instagram Live and Facebook Live, at 11% and 9% respectively, are the most popular services that young people use to ‘go live’ themselves.

Musical.ly is a video sharing app that has become very popular with younger children and tweens, due its lip-syncing function to popular songs and the ability to collect likes via hearts and emojis.  These links are worth watching to find out more about Musical.ly:

Reviews from children and parents and a short video clip introduction: https://www.commonsensemedia.org/app-reviews/musically-your-video-social-network

A detailed guide with lots of screen shots and links to research: https://cyberbullying.org/what-is-musically-app

A 10min documentary by Channel 4 on some of the dangers of sexually explicit chat that has occurred on Musical.ly: https://www.channel4.com/news/children-bombarded-with-sexually-explicit-chat-on-musical-ly-and-live-ly

And why are children and young people attracted to live streaming apps…..?

Opportunities:  There are many positive aspects of ‘going live’ – from taking part in positive campaigns to showcasing talent. Many young people are ‘spotted’ online through showcasing sports, music, singing and other creative abilities. There are many media reports of popular reality TV shows ‘scouting’ contestants from YouTube and other online platforms [1]. Going live and streaming demonstrates modern skills in using technology and communication skills that employers and colleges are seeking. In addition, colleges are increasingly broadcasting lectures in real time and live apps are used widely in academia [2].

Risks: Like many aspects of being online there are risks and it is important that parents, carers and children are knowledgeable about the risks and are equipped to manage making positive choices about live streaming. Watching live streams are uncensored, unedited and unpredictable. Broadcasting live streams are out of a person’s control in terms of who is watching or interacting with your contact.  It is not only the content of the live stream to be aware of but what is in the background – does it include your family noticeboard/calendar in your kitchen with your holiday dates?

Motivation: Live streaming fuels the adolescent brain. The developing brain seeks pleasure, risk and reward and an endless stream of likes, hearts, emojis and comments sends the brain into overdrive. It is powerful and well researched by app developers. As young people are developing their identity – online and in real life – peer pressure also plays a factor. As one young person told me “everyone else is live and I don’t want to be left out”.

I recommend reading the Think U Know parent guides. We can’t know everything about every app; it’s a changing and fluid market, but these are worth reading if your young people use these apps or have asked for them. https://www.thinkuknow.co.uk/parents/Support-tools/How-to-guides/ 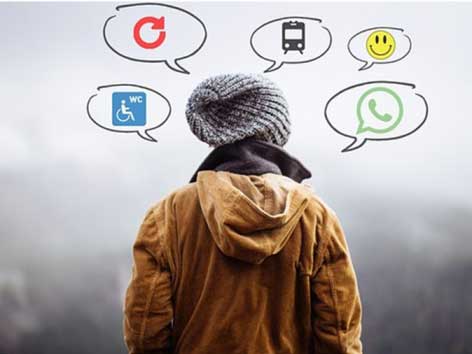 The right to be treated equally