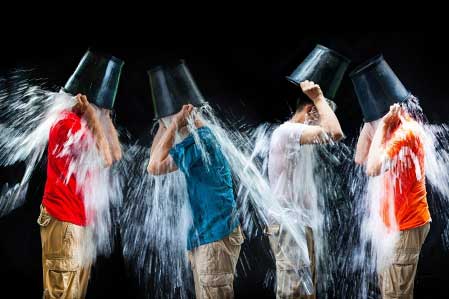 Over the past years there has been increasing popularity in children and young people (and adults) taking part in the internet-created, social and cultural phenomena, which are viral online challenges.

These generally involve the participant of the challenge recording themselves, or being recorded, undertaking the challenge, and then sharing the video through social media sites, mainly You Tube, with the purpose of inspiring others to take part or daring others (though tagging or nominating) to repeat it.

Many of these challenges have gone viral away from social media platforms, and have been reported in the press and on TV news – mainly due to the dangers that are inherent that also gives fuel to such challenges. Challenges can be one-time events or part of a streak, usually over a month, where something is completed daily. This blog looks at these challenges further.

Fun and generally harmless – for example The Mannequin Challenge, launched in October 2016, where people remain as still as possible, whilst a video is recorded of the events around them – with the song ‘Black Beatles’ playing the background. This has been carried out by film, sports and TV stars including a live performance on ITV’s X-factor.  Other ‘harmless’ challenges include The Invisible box, launched in December 2017, where people are filmed trying to stand on an invisible box [1].

To raise money and awareness for a cause – for example the Ice Bucket Challenge. This went viral in early 2014, raising awareness and money for the Motor Neurone Disease Association. This challenge involved people tipping a bucket of iced water on their heads, whilst making a pledge to donate money and then tagging people to do the same. It is estimated that there were over 2.4m tagged videos on Facebook [2].

Painful and for endurance – such as the Salt and Ice Challenge, where both are put on the skin, causing burns, and are to be endured, whilst being recorded for the longest amount of time.

Dangerous – such as the Cinnamon Challenge which has been popular since 2012, despite medical warnings of serious risk to health and reports of hospital admissions. This challenge involves swallowing a spoon of cinnamon (without water) which coats the mouth and throat, resulting in coughing, gagging, vomiting and risk of breathing difficulties.

Deadly  and sensational – The Blue Whale “Game” came to prominence in  2016 when it was reported that users were given a series of self-harm tasks over 50 days, ending in suicide. It is now reported that the ‘game’ was a hoax, and there was no evidence of its existence, but lead to copycat groups. In the UK, internet safety organisations responded with increasing support and signposting for mental health and suicide awareness. If you Google ‘Blue whale’ the first link is to the NHS website on getting help for suicide.

Many online challenges are now a continuous daily challenge, where an activity has to be completed, or refrained from, every day. These are usually over a calendar month, but can be for differing lengths of time and can also be referred to as a streak.

These challenges don’t usually involve being videoed or recorded, but users often post updates on social media using an associated hashtag, and accompanied by pictures. Some of the most popular monthly challenges are to fundraise or support a charity or for health and personal achievement.

Popular annual challenges include #dryjanuary #movember #stoptober #REDjanuary (Run Every Day January to raise money for Mind and support mental health awareness). Most mental health and supportive organisations, such as Macmillan and Cancer Research UK, list a variety of challenges you can do for them over the year.

These challenges are not usually targeted at young people but children may want to take part in a continuous challenge and issues of success and failure, motivation and reward need to be discussed.

Snapstreak – a continuous challenge popular with young people on Snapchat is the Snapstreak. To keep this going the people in the streak must send a snap to each other every day. When this hits 100 days the snap 100 emoji appears. Young people have reported feeling devastated when the Snapstreak ends and this raises emotional issues around endings, loss and disappointment to be mindful about [3]. 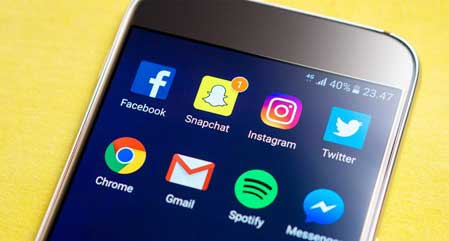 In the news right now there are two new dangerous challenges:

Tide Pod Challenge – in which people record themselves biting into laundry tablets. Google are actively removing such videos from You Tube and you can read more here: https://www.theguardian.com/technology/2018/jan/18/tide-pod-challenge-youtube-clamps-down-dangerous-detergent-dare-procter-gamble

The 24 Fort Challenge – where young people, usually children, are dared to hide-out in department stores or warehouses for a day without being caught. This has made the news in Sheffield this month when an 11 year old boy went missing and spent the night in Ikea. This somewhat glib summary in The Guardian does get the message across: https://www.theguardian.com/media/shortcuts/2018/feb/09/how-to-tell-if-your-child-is-taking-part-in-the-24-hour-fort-challenge

What can parents do?

– Talk about the popularity of these challenges with children and young people. Seek their views about the risk/safety aspects and each step. Ask outright if they are thinking of doing one? Can they predict dangers and how other people may be affected?
– Talk through the influences – from friends /peers/social media and the pull of YouTube. Explore the ‘Whys’: Why do they want to do it? Why do they want it on YouTube?
– Stay up to date with current challenges and what these actually involve. Show an interest in what their friends are doing or what the latest crazes at school are. If you are concerned share this with them.
– Think about sharenting (as in last month’s blog) – are you doing a challenge and recording /sharing this?  And Safeguarding – consider who is recording the child and where it is being shared (if it is a harmless challenge). There may still by safeguarding concerns from the sharing of information rather than the content of the challenge.

Thank you for reading.